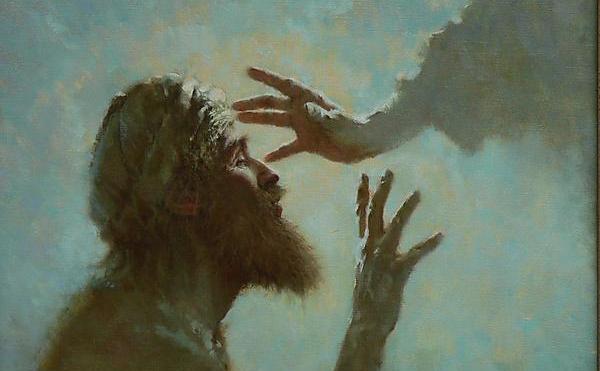 The Blind Will See

7 For thus says the Lord:
Sing aloud with gladness for Jacob,
and raise shouts for the chief of the nations;
proclaim, give praise, and say,
“Save, O Lord, your people,
the remnant of Israel.”
8 See, I am going to bring them from the land of the north,
and gather them from the farthest parts of the earth,
among them the blind and the lame,
those with child and those in labor, together;
a great company, they shall return here.
9 With weeping they shall come,
and with consolations I will lead them back,
I will let them walk by brooks of water,
in a straight path in which they shall not stumble;
for I have become a father to Israel,
and Ephraim is my firstborn.

23 Furthermore, the former priests were many in number, because they were prevented by death from continuing in office; 24 but he holds his priesthood permanently, because he continues forever. 25 Consequently he is able for all time to save those who approach God through him, since he always lives to make intercession for them.

26 For it was fitting that we should have such a high priest, holy, blameless, undefiled, separated from sinners, and exalted above the heavens. 27 Unlike the other high priests, he has no need to offer sacrifices day after day, first for his own sins, and then for those of the people; this he did once for all when he offered himself. 28 For the law appoints as high priests those who are subject to weakness, but the word of the oath, which came later than the law, appoints a Son who has been made perfect forever.

46 They came to Jericho. As he and his disciples and a large crowd were leaving Jericho, Bartimaeus son of Timaeus, a blind beggar, was sitting by the roadside. 47 When he heard that it was Jesus of Nazareth, he began to shout out and say, “Jesus, Son of David, have mercy on me!” 48 Many sternly ordered him to be quiet, but he cried out even more loudly, “Son of David, have mercy on me!” 49 Jesus stood still and said, “Call him here.” And they called the blind man, saying to him, “Take heart; get up, he is calling you.” 50 So throwing off his cloak, he sprang up and came to Jesus. 51 Then Jesus said to him, “What do you want me to do for you?” The blind man said to him, “My teacher, let me see again.” 52 Jesus said to him, “Go; your faith has made you well.” Immediately he regained his sight and followed him on the way.