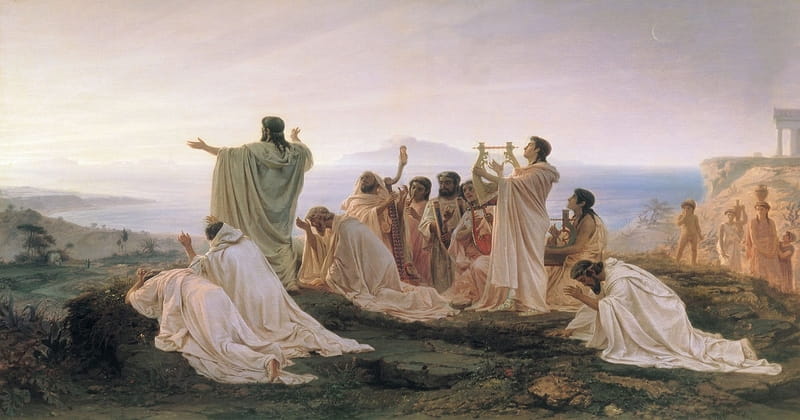 18 It was the Lord who made it known to me, and I knew;
then you showed me their evil deeds.
19 But I was like a gentle lamb
led to the slaughter.
And I did not know it was against me
that they devised schemes, saying,
“Let us destroy the tree with its fruit,
let us cut him off from the land of the living,
so that his name will no longer be remembered!”
20 But you, O Lord of hosts, who judge righteously,
who try the heart and the mind,
let me see your retribution upon them,
for to you I have committed my cause.

13 Who is wise and understanding among you? Show by your good life that your works are done with gentleness born of wisdom. 14 But if you have bitter envy and selfish ambition in your hearts, do not be boastful and false to the truth. 15 Such wisdom does not come down from above, but is earthly, unspiritual, devilish. 16 For where there is envy and selfish ambition, there will also be disorder and wickedness of every kind. 17 But the wisdom from above is first pure, then peaceable, gentle, willing to yield, full of mercy and good fruits, without a trace of partiality or hypocrisy. 18 And a harvest of righteousness is sown in peace for[f] those who make peace.

4 1Those conflicts and disputes among you, where do they come from? Do they not come from your cravings that are at war within you? 2 You want something and do not have it; so you commit murder. And you covet something and cannot obtain it; so you engage in disputes and conflicts. You do not have, because you do not ask. 3 You ask and do not receive, because you ask wrongly, in order to spend what you get on your pleasures.

30 They went on from there and passed through Galilee. He did not want anyone to know it; 31 for he was teaching his disciples, saying to them, “The Son of Man is to be betrayed into human hands, and they will kill him, and three days after being killed, he will rise again.” 32 But they did not understand what he was saying and were afraid to ask him.

33 Then they came to Capernaum; and when he was in the house he asked them, “What were you arguing about on the way?” 34 But they were silent, for on the way they had argued with one another who was the greatest. 35 He sat down, called the twelve, and said to them, “Whoever wants to be first must be last of all and servant of all.” 36 Then he took a little child and put it among them; and taking it in his arms, he said to them, 37 “Whoever welcomes one such child in my name welcomes me, and whoever welcomes me welcomes not me but the one who sent me.”