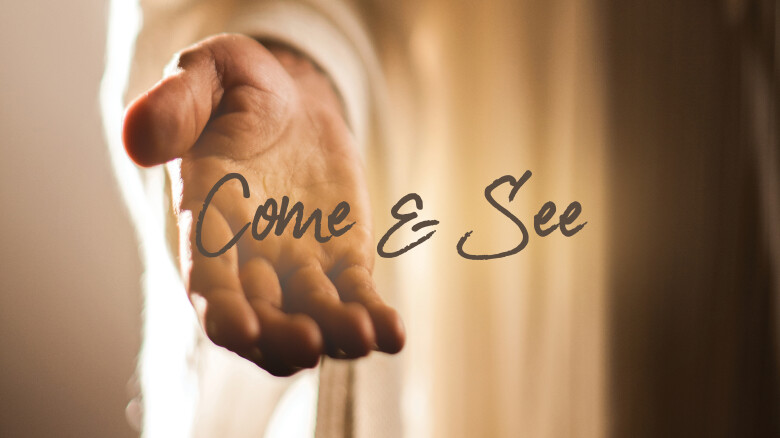 What Are You Looking For?

1Listen to me, O coastlands; pay attention, you peoples from far away! The Lord called me before I was born; while I was in my mother’s womb he named me. 2 He made my mouth like a sharp sword; in the shadow of his hand he hid me; he made me a polished arrow; in his quiver he hid me away. 3 And he said to me, “You are my servant, Israel, in whom I will be glorified.” 4 But I said, “I have labored in vain; I have spent my strength for nothing and vanity; yet surely my cause is with the Lord and my reward with my God.” 5 And now the Lord says, who formed me in the womb to be his servant, to bring Jacob back to him, and that Israel might be gathered to him, for I am honored in the sight of the Lord, and my God has become my strength— 6 he says, “It is too light a thing that you should be my servant to raise up the tribes of Jacob and to restore the survivors of Israel; I will give you as a light to the nations, that my salvation may reach to the end of the earth.” 7 Thus says the Lord, the Redeemer of Israel and his Holy One, to one deeply despised, abhorred by the nations, the slave of rulers, “Kings shall see and stand up; princes, and they shall prostrate themselves, because of the Lord, who is faithful, the Holy One of Israel, who has chosen you.”

1 Paul, called to be an apostle of Christ Jesus by the will of God, and our brother Sosthenes, 2 To the church of God that is in Corinth, to those who are sanctified in Christ Jesus, called to be saints, together with all those who in every place call on the name of our Lord Jesus Christ, both their Lord and ours: 3 Grace to you and peace from God our Father and the Lord Jesus Christ. 4 I give thanks to my God always for you because of the grace of God that has been given you in Christ Jesus, 5 for in every way you have been enriched in him, in speech and knowledge of every kind— 6 just as the testimony of Christ has been strengthened among you— 7 so that you are not lacking in any gift as you wait for the revealing of our Lord Jesus Christ. 8 He will also strengthen you to the end, so that you may be blameless on the day of our Lord Jesus Christ. 9 God is faithful, by whom you were called into the partnership of his Son, Jesus Christ our Lord.

29 The next day he saw Jesus coming toward him and declared, “Here is the Lamb of God who takes away the sin of the world! 30 This is he of whom I said, ‘After me comes a man who ranks ahead of me because he was before me.’ 31 I myself did not know him, but I came baptizing with water for this reason, that he might be revealed to Israel.” 32 And John testified, “I saw the Spirit descending from heaven like a dove, and it remained on him. 33 I myself did not know him, but the one who sent me to baptize with water said to me, ‘He on whom you see the Spirit descend and remain is the one who baptizes with the Holy Spirit.’ 34 And I myself have seen and have testified that this is the Chosen One.” 35 The next day John again was standing with two of his disciples, 36 and as he watched Jesus walk by he exclaimed, “Look, here is the Lamb of God!” 37 The two disciples heard him say this, and they followed Jesus. 38 When Jesus turned and saw them following, he said to them, “What are you looking for?” They said to him, “Rabbi” (which translated means Teacher), “where are you staying?” 39 He said to them, “Come and see.” They came and saw where he was staying, and they remained with him that day. It was about four o’clock in the afternoon. 40 One of the two who heard John speak and followed him was Andrew, Simon Peter’s brother. 41 He first found his brother Simon and said to him, “We have found the Messiah” (which is translated Anointed. 42 He brought Simon to Jesus, who looked at him and said, “You are Simon son of John. You are to be called Cephas” (which is translated Peter).