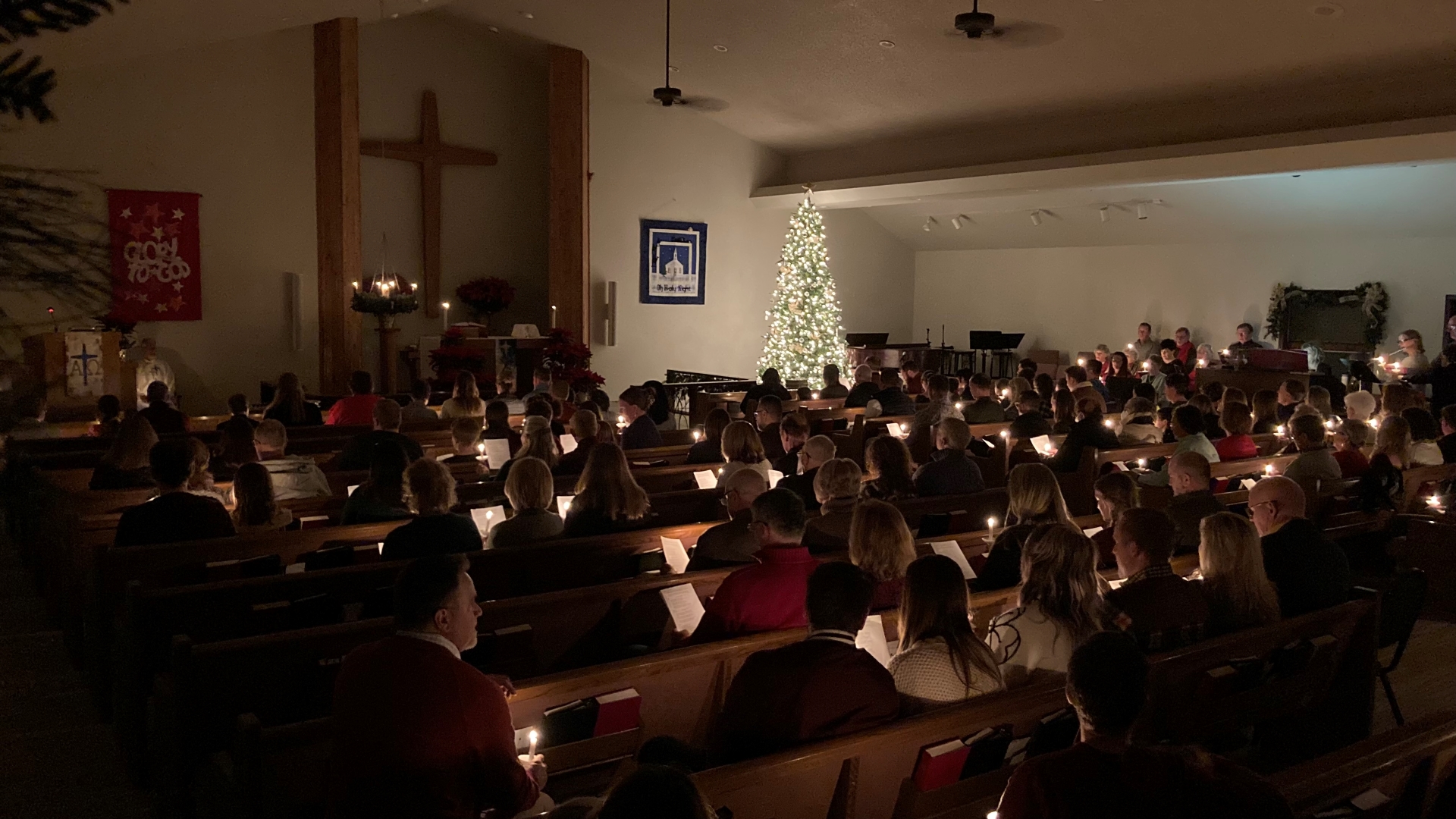 *The anthems from all three services have been included in the recording. Additionally, some selected music was also included following the end of the service. The words to all the songs are included in the bulletin.

Pastor: The people who walked in darkness have seen a great light.
Cong: The light shines in the darkness, and the darkness has not overcome it.
P: Those who dwelt in the land of deep darkness, on them has light shined.
C: We behold Christ’s glory, glory as of the only Son from the Father.
P: For to us a Child is born, to us a Son is given.
C: In Him was Life, and the Life was the Light of all.

2 The people who walked in darkness
have seen a great light;
those who lived in a land of deep darkness—
on them light has shined.

6 For a child has been born for us,
a son given to us;
authority rests upon his shoulders,
and he is named
Wonderful Counselor, Mighty God,
Everlasting Father, Prince of Peace.
7 Great will be his authority,
and there shall be endless peace
for the throne of David and his kingdom.
He will establish and uphold it
with justice and with righteousness
from this time onward and forevermore.
The zeal of the Lord of hosts will do this.

5:30 – While Shepherds Watched Their Flocks – Choir

7:30 – It Came Upon a Midnight Clear – Instrumentalists

1In those days a decree went out from Caesar Augustus that all the world should be registered. 2 This was the first registration and was taken while Quirinius was governor of Syria. 3 All went to their own towns to be registered. 4 Joseph also went from the town of Nazareth in Galilee to Judea, to the city of David called Bethlehem, because he was descended from the house and family of David. 5 He went to be registered with Mary, to whom he was engaged and who was expecting a child. 6 While they were there, the time came for her to deliver her child. 7 And she gave birth to her firstborn son and wrapped him in bands of cloth and laid him in a manger, because there was no place in the guest room.

8 Now in that same region there were shepherds living in the fields, keeping watch over their flock by night. 9 Then an angel of the Lord stood before them, and the glory of the Lord shone around them, and they were terrified. 10 But the angel said to them, “Do not be afraid, for see, I am bringing you good news of great joy for all the people: 11 to you is born this day in the city of David a Savior, who is the Messiah, the Lord. 12 This will be a sign for you: you will find a child wrapped in bands of cloth and lying in a manger.” 13 And suddenly there was with the angel a multitude of the heavenly host, praising God and saying,

14 “Glory to God in the highest heaven,
and on earth peace among those whom he favors!”