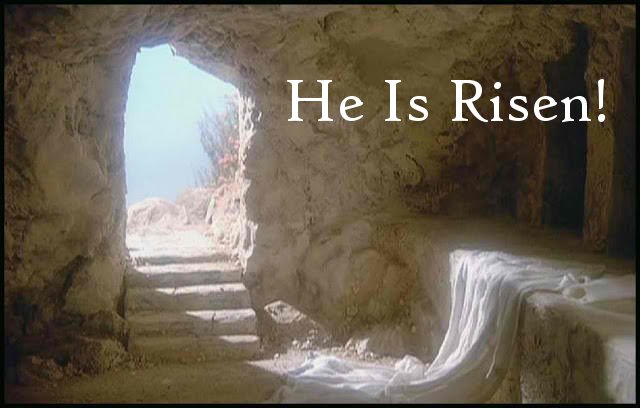 34 Then Peter began to speak to them: “I truly understand that God shows no partiality, 35 but in every nation anyone who fears him and does what is right is acceptable to him. 36 You know the message he sent to the people of Israel, preaching peace by Jesus Christ—he is Lord of all. 37 That message spread throughout Judea, beginning in Galilee after the baptism that John announced: 38 how God anointed Jesus of Nazareth with the Holy Spirit and with power; how he went about doing good and healing all who were oppressed by the devil, for God was with him. 39 We are witnesses to all that he did both in Judea and in Jerusalem. They put him to death by hanging him on a tree; 40 but God raised him on the third day and allowed him to appear, 41 not to all the people but to us who were chosen by God as witnesses, and who ate and drank with him after he rose from the dead. 42 He commanded us to preach to the people and to testify that he is the one ordained by God as judge of the living and the dead. 43 All the prophets testify about him that everyone who believes in him receives forgiveness of sins through his name.”

3 For I handed on to you as of first importance what I in turn had received: that Christ died for our sins in accordance with the scriptures, 4 and that he was buried, and that he was raised on the third day in accordance with the scriptures, 5 and that he appeared to Cephas, then to the twelve. 6 Then he appeared to more than five hundred brothers and sisters at one time, most of whom are still alive, though some have died. 7 Then he appeared to James, then to all the apostles. 8 Last of all, as to one untimely born, he appeared also to me. 9 For I am the least of the apostles, unfit to be called an apostle, because I persecuted the church of God. 10 But by the grace of God I am what I am, and his grace toward me has not been in vain. On the contrary, I worked harder than any of them—though it was not I, but the grace of God that is with me. 11 Whether then it was I or they, so we proclaim and so you have come to believe.

1When the sabbath was over, Mary Magdalene, and Mary the mother of James, and Salome bought spices, so that they might go and anoint him. 2 And very early on the first day of the week, when the sun had risen, they went to the tomb. 3 They had been saying to one another, “Who will roll away the stone for us from the entrance to the tomb?” 4 When they looked up, they saw that the stone, which was very large, had already been rolled back. 5 As they entered the tomb, they saw a young man, dressed in a white robe, sitting on the right side; and they were alarmed. 6 But he said to them, “Do not be alarmed; you are looking for Jesus of Nazareth, who was crucified. He has been raised; he is not here. Look, there is the place they laid him. 7 But go, tell his disciples and Peter that he is going ahead of you to Galilee; there you will see him, just as he told you.” 8 So they went out and fled from the tomb, for terror and amazement had seized them; and they said nothing to anyone, for they were afraid.